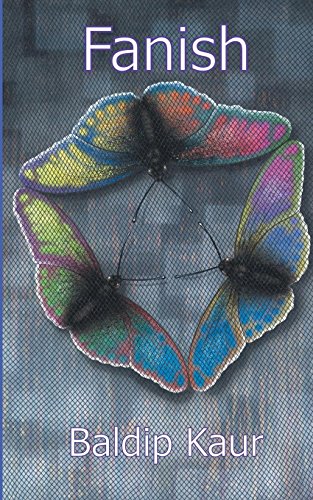 about this book: Fanish, has a genre of literary social problem in which the theme is sex trafficking, a global problem, a problem that is currently in the news, in which the main character, Fanish, exploits vulnerable girls into his web of deceit. The girls, mainly Vanita and Gazal, are lured by him than used not only by him but by other twisted and warped predators. The novel touches on the pulse of the underworld, the vulnerability of the girls and why it is not difficult to lure them into their sordid way of life, it offers readers certain situations to be wary of.

A couple of years ago, there was a news broadcast about a young girl who had been kidnapped by a much older man. This touched me so much that i began writing, and as i researched,found that it was a global problem, that about 20,000 children went missing daily only in the US. In my research i found child trafficking was made easy by corrupt officials.

Although the book is based on a social issue, i have written it as a thriller too, so i imagine the readers would be people who love reading about crime

The main character of the book is Fanish, and as he is such a manipulative and corrupt man, i thought the title Fanish suited him, for the word means 'Snake' The cover was chosen because it depicts a mesh and two butterflies caught in it ... Vanita and Gazal the two main characters.

The hardest part, and i only say hardest, was the research, because as i researched, i discovered, to my horror, the extent of the problem and how innocent children were having their carefree childhood snatched from them for monetary gain by decent people.

I would of course like my readers not only to enjoy the book as it is a thriller, but finish it with the knowledge that there are predators in the world and that our children needed protecting.

Video: Baldip Kaur - an author and an artist