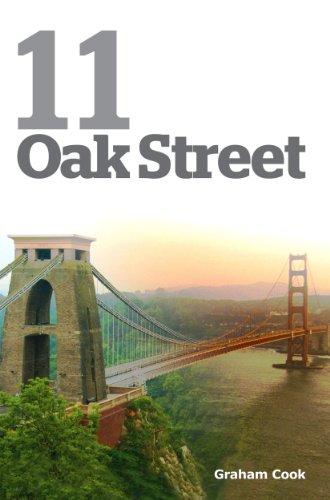 about this book: 11 Oak Street is the true story of how the Queen's bankers, Coutts & Co, sent two cashier's cheques to a law firm in San Francisco with the wrong address on the envelope (11 Oak Street instead of 1111 Oak Street), setting off a chain of events that led to the abduction of a three-year-old child from Bristol, England, to San Francisco, California. It is a horrifying story of greed, ineptness, corruption, stupidity and wasted years as the father tries to seek justice and access to his son in the midst of a thirteen-year nightmare that even Kafka could not have thought up. If you want to read about the seven California lawyers involved in this story who either went to jail, were disbarred, or resigned with charges pending, and inept judges who broke all the rules or were disciplined, this is the book for you. This is a story that would never have happened if those concerned had fulfilled their duties correctly and not broken the law. If Graham Cook, the author, had known then what he knows now, there would have been no story and he would not have gone bankrupt, become homeless or, through the corruptness of his own brother, ended up in a California jail. This is the book the California Judges Association refused to let me promote to its members lest it offend some of them, which of course it will do as the book exposes improper and on occasions corrupt conduct by some of its past and present members.