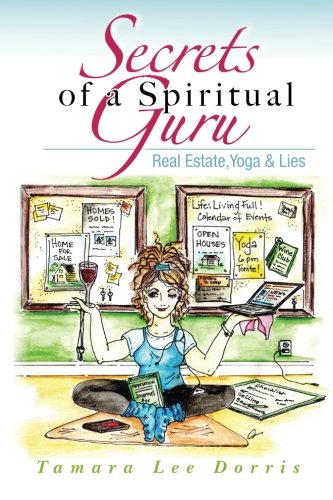 about this book: After writing several personal development books, I decided I wanted to use humor and tell a funny story with a character most everyone might relate to. While the book is being called "Chick Lit," there are many men who love the book, too. It's a story about Melissa Murphy. Her boyfriend leaves her for his yoga instructor, and instead while she initially tries to win him back, she ends up being friends with the woman he left her for.

In between all of this, she assumes a secret identity as a spiritual blogger and finds herself writing on topics she has no clue about. The main character borders on neurotic, drinks too much and indulges in unhealthy food. Additionally, her self-depreciating or self-grandiosity strives to reflect how most of us tend to feel from time to time. Ultimately, however, the things she learns as she's writing her spiritual blog actually teach her (quite by accident) some of the steps that are key to her own personal evolution. It's a quick, fun and spirited read. Spoiler: it is very much a cliff-hanger with the sequel out in another month.