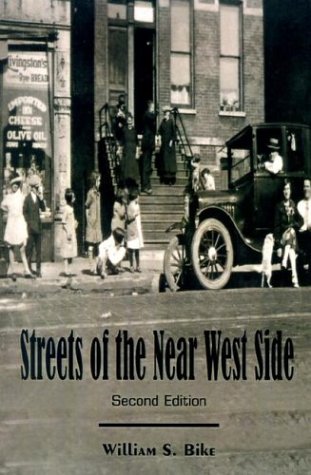 Book: Streets of the Near West Side by William S. Bike

Much library research was involved in the book. I learned a lot about the area's history.

I would say to readers: enjoy the short chapters. It's an easy, informative book to read.

• "I loved reading this book. It is an enjoyable, clearly-written introduction to a neighborhood that was "home" to thousands of Chicago's immigrants, including many of my ancestors." — Reviewer on Amazon

• "Streets of the Near West Side is supposed to be a Chicago history book about one small neighborhood, but it's much more. It's about who the area's streets are named after, so it tells the stories of Presidents, Indians, Civil and Revolutionary War battles, and a lot of other quirky, odd, and fun information that you didn't learn about in high school history." — Reviewer on Amazon