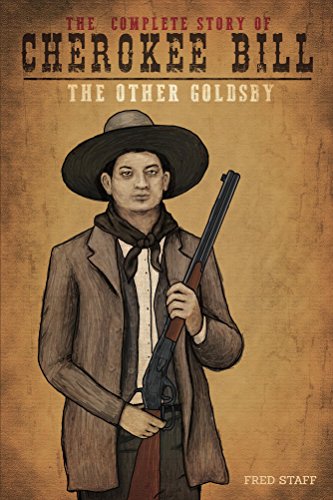 about this book: Cherokee Bill was the son of Sergeant Goldsby and was raised in a very unusual way. He developed into one of the most feared men of his time, in the most violent place in the United States, Indian Territory. He rained terror every place he went and was so feared that a city passed a law that he could come and go as he pleased. He is the only person I have ever researched who robbed a total town, by himself. Due to his violence, this book is for adults.

Cherokee Bill first joined the Bill Cook gang and the meeting did nothing but make trains, banks, stores and humans quake in their paths. They had no limits to the time or places that they chose to rob, steal or murder. Bill was never satisfied unless he got a chance to send someone to his grave.

Judge Parker actually called him a murdering dog. This out burst by the judge nearly saved his life, until he killed the turnkey in the Fort Smith Jail while trying to escape.