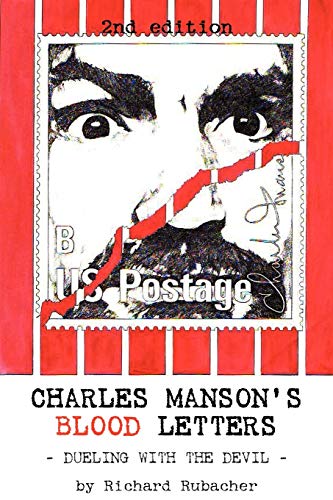 about this book: Based on a true story, the author became the psychopathic killer's confidant and nemesis. When in a rage, Manson ordered that his 92 letters be returned. The author refused. Manson sent hit man Elf to the author's flat in San Francisco to "git those letters." The mission failed.
Manson sent Hail Mary to burn the author's house down. Her mission also ended in failure.

From his command post in prison Manson ordered Tough Dude, his former body guard in Folsom and a member of the Aryan Brotherhood to finish the job. A showdown scene with Tough Dude takes place in the author's flat.

When the three attempts failed Manson threw in the towel and had the author visit him in the "prison nuthouse" (Manson's words). In that fateful meeting Manson disclosed how he tricked people by "eating their secrets" (taking away their shame and guilt feelings). Manson tells how he had a dispensation to kill. Like Hitler, he is convinced that divine providence shines on him.