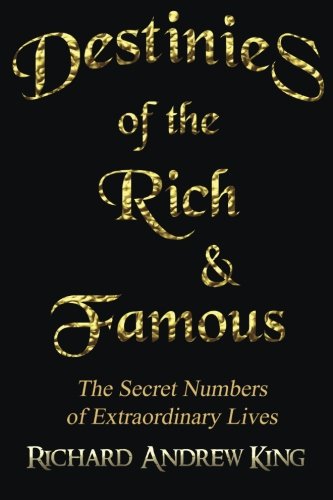 Book: Destinies of the Rich & Famous - The Secret Numbers of Extraordinary Lives by Richard Andrew King

about this book: Understandably, people are fascinated with other people who have achieved a status of wealth, fame, fortune, celebrity, popularity. Why are these people different from other people? What makes them special? Is their fame and fortune simply based on luck? Is it a matter of hard work? Were they born with a silver, gold or platinum spoon in their mouths?

The answer may astound, even confound you. The underlying reason behind someone's fame, fortune, success, celebrity and notoriety is destiny. Simply stated, such individuals were fated to have the lives they led or lead. It is the same for all of us. Each of us has a destiny, the blueprint of which is contained within our full birth name and birth date.

When we study numerology – the science of numeric coding – and correlate the "numbers" of someone's life with the events and circumstances of that life the results are clear and undeniable. People become rich and famous because it is in their destiny to be so.

Why was Albert Einstein so brilliant? Why was General George Patton the great military icon and motivator of men that he was? Why was Elvis Presley such a universally loved and successful entertainer? Why has Oprah Winfrey become the Queen of Media and the world's first female billionaire? Why was Howard Hughes the richest, most famous and reclusive eccentric person of his day?

DESTINIES OF THE RICH & FAMOUS – THE SECRET NUMBERS OF EXTRAORDINARY LIVES answers these questions and much more by illustrating and comparing the lives of these famous individuals with their King's Numerology(tm)charts. Fame and success are no accident. They are destined from the beginning. Prove it to yourself. Read this book. It is meant for the layman, and it verifies the great reality that destiny, not luck, is at the root of one's fame, fortune and celebrity.

Available in Paperback only 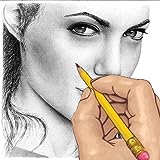 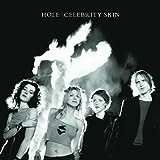 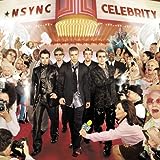 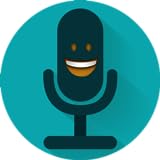 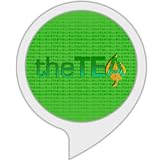