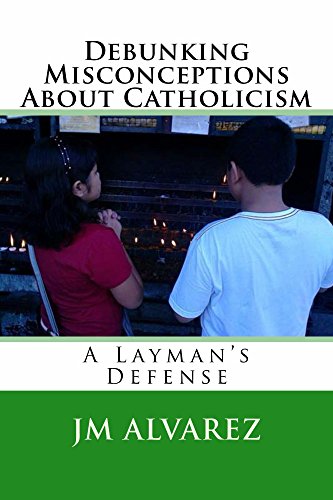 Almost anyone, including you and me, can make his own interpretation of the Bible and say that his interpretation is the best, and then establish a new sect, cult or religion (God forbid). Catholics, who comprise the majority of all Christians, are often misunderstood by the other Christian denominations because they say Catholic doctrines are not in conformity with Bible teachings.

But Christians must admit that without the faith and perseverance of Peter, Paul, the Apostles and the early Christians who sacrificed their lives and martyred in Rome, the Church's cornerstone would not have been re-established in the capital of the powerful Roman Empire.

What does the Lord our God only ask from us? - "but to fear the LORD, your God, to follow in all his ways, to love and serve the LORD, your God, with your whole heart and whole being" (Deuteronomy 10:12). But we are like the stubborn people of Israel, disobeying God's commandments: "But they did not listen to me, nor did they pay attention. They walked in the stubbornness of their evil hearts and turned their backs, not their faces, to me." (Jeremiah 7:24)

Despite the stubbornness of men, God did not give up because of His "great love" for us: "But God, who is rich in mercy, because of the great love he had for us, even when we were dead in our transgressions, brought us to life with Christ, by grace you have been saved." (Ephesians 2:4-5).

The message of the Holy Bible is very simple! In basketball parlance, why make the game hard by dribbling the ball too much or making fancy shots just to be able to score?

Recent surveys purportedly saying that most Catholics no longer want to go to church on Sundays got it all extremely wrong! A Catholic knows that the beautiful center of his Christian life is going to Mass every Sunday and receiving Jesus in the Holy Eucharist, which Jesus Himself initiated. So how can a Catholic say that he no longer wants to go to church?

This book will try to answer in very simple layman's terms the following intriguing and controversial questions that even a fifth grader will understand:

-Are there places called heaven, hell and purgatory?
-Was Peter really the first Pope?
-Why are there too many Hail Marys in the Holy Rosary?
-The most Joyful Mystery: Was Jesus born on December 25?
-Is Mary the Mother of God?
-Can you find Darwin's missing links in the Bible?
-When will be the end of the world?
-How can we love our enemies?
-How did Santa Claus get into the Christmas picture?
-Did God create other universes?
-What's the missing link of all missing links?
-Holy Trinity: How can The Father, Son and Holy Spirit be one?
-How powerful are prayers?
-How did the Church end up in Rome?
-Can science prove that God exists?
-Why are people afraid to confess their sins?
-Why did the Crusades fail?
-Do miracles really happen?
-Can God hear our prayers at the same time?
-What is the true meaning of love?
-Is abortion murder?
-Were the Three Kings really kings?
-Was the Cross just a vertical stake or with a cross-beam?

All the answers to these intriguing questions are simply explained using passages taken from the Holy Bible.