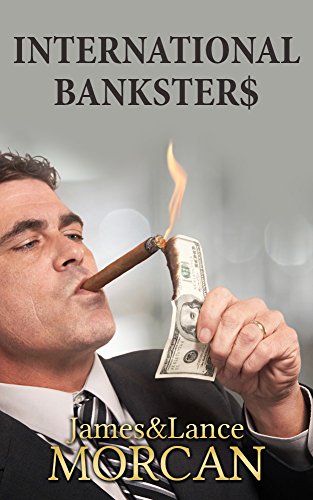 about this book: We hope INTERNATIONAL BANKSTER$ will contribute to the growing awareness in the mass populace that there is, contrary to what the Establishment tells us, enough wealth in the world to fix most of the biggest challenges our planet is currently facing.

This book is divided into two sections. Part One outlines the problems we've identified in banking and finance, while Part Two proposes possible solutions.

The first section is necessary because in order to consider solutions the problems must first be identified and dissected. Many books in this "exposing corruptions" genre offer no solutions to the problems; we hope you will agree that INTERNATIONAL BANKSTER$ is not one of those.

In Part One, titled The Financial Overlords, we cover many of the major financial issues the world is enduring right now. Subjects include: the secret world of "black money" and the elite banking dynasties; the central banking system and the true nature of the US Federal Reserve; the less-than-holy financial activities of the Vatican Bank; the IMF and World Bank's sometimes less-than-charitable dealings with the Third World; the austerity measures currently being inflicted on vulnerable nations like Greece; as well as the theory that the world's money supply is essentially being created out of thin air.

In Part Two, titled Potential Solutions, we propose ideas for creating a fairer economic system. These ideas include: publicly owned banks; utilizing certain aspects of Islamic banking which may be compatible with Western banking systems; exploring whether capitalism and socialism can actually work in tandem; arguing the case to maintain but restructure capitalism; and predicting how cybermoney, or cryptocurrencies, will influence the world economy in the next few years.

We view the subjects covered in this book as being monetary issues on the surface only. In reality, they are humanitarian issues.

Starving the masses of financial opportunities, sinking them in debt and cheating them out of various services their taxes should pay for, are among the greatest sins those in power can commit. These sins result in widespread poverty, unemployment, increased crime rates, homelessness, drug addiction, overcrowded prisons and a whole host of other social problems.

Video: The Secret World Economy (The Vatican Bank, The Fed & Other Banksters)