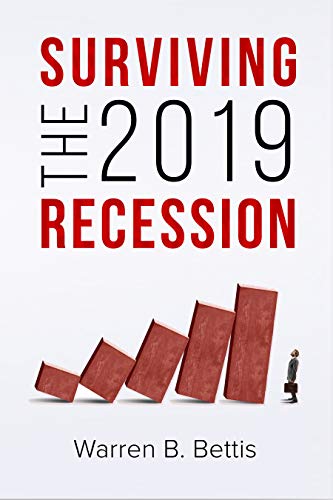 Book: Surviving the 2019 Recession by Warren B. Bettis

about this book: The Great Recession was a loss for the economy of the United States in many different aspects such as high unemployment and a burst in the Housing Bubble. Following a job loss, a families' income decreased, and an increase in poverty followed it. More than that, the recession left the country with many debts that we are still trying to get out from under today.

If the government would have acted differently and maintained an active interest in the housing bubble collapse, the economy today would have been better, and the country would have less debt as well. Some of the things that could have been done are, first, focus on the increase in unemployment, and create ways to balance jobs with population growth. Also, keep the taxes and loans that people were getting at an equal level.

That's why it's up to each of us to do what needs to be done to survive the next recession.

Since 2009, the end of The Great Recession, the economy has been growing at an average of 2.1% annually. This historic growth will come to an end soon.

Will you be ready for it?