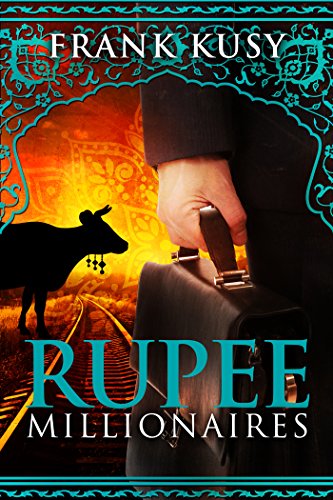 about this book: Rupee Millionaires is the (almost) true story of two London market traders - Frank, an insomniac Buddhist, and Spud, a psycho-genius thug - who travel to India in search of fame and fortune. All goes well for a while, the two become the biggest wholesalers of hippy-dippy clothing in the UK, but then Spud descends into drug-fuelled insanity and finds a new reason for living. He wants Frank dead.

Rupees was inspired by my mother. She read and helped with the first draft, which was just a travel diary of my first few years doing business in India. Then, very sadly (and traumatically), she died on my wedding day … and the book took on a much darker tone. I guess that's when I began to grow up and write more 'serious' stuff – the diary became a 'rites of passage' novel with ten years of Buddhist 'human revolution' thrown in.

My favourite book in all the world is 'Siddhartha' by Hermann Hesse. This is a beautiful book, one that is destined to change the lives of anyone who reads it. It got me into Buddhism, and it inspired me to get out into the world and get as much life experience as possible. They say that knowledge is power. It isn't. The wisdom that comes from experience is. I would like to think that Siddhartha, and to a much humbler extent 'Rupee Millionaires', would still be telling people this a hundred years from now.