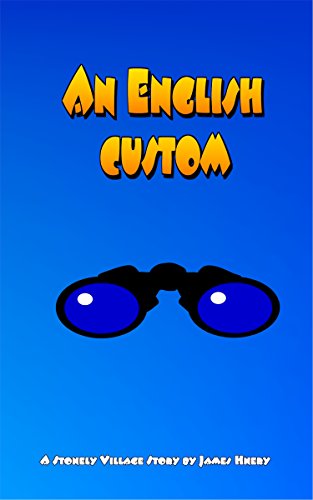 about this book: An English Custom is perhaps a salute to early Tom Sharpe novels. It's a classic British farce set in post-war Britain and tells the struggle of Major Stonely and his fight to inherit what should rightfully be his. All he needed to do was produce an heir to the Stonely estate that would have satisfied his mother the Duchess and Magus Makepeace the family solicitor. Sadly now in later life he was somewhat lacking in the reproductive department.

My inspiration behind the book was again Tom Sharpe and those classic British comedy films of the 50s and 60s, it was a time when mobile phones weren't even a concept. I like to put the reader into a more gentle, slower paced environment where people spoke to each other face to face and nothing carried a health warning!

The book is a little cheeky in parts but more akin to a carry on film. I would however recommend an audience of 18 plus . It has two rude words but in context. Those that would appreciate it are perhaps 30 plus simply because they would have a better grasp of the period. A time when milk arrived in glass bottles and shoes were made of real leather!