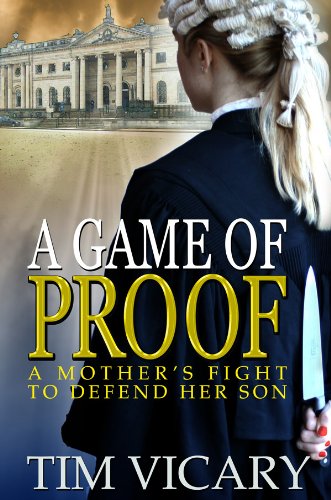 Book: A Game of Proof (The trials of Sarah Newby) by Tim Vicary

about this book: This is the first book in a series about a tough British barrister called Sarah Newby. Sarah left school at fifteen because she was pregnant, and worked her way up to the criminal Bar from being a single mum on an inner-city estate in Leeds - a huge mountain for anyone to climb! But just when the thinks she's made it into the middle classes, her teenage son is accused of the murder of his former girlfriend, and Sarah finds evidence that suggest he may be guilty! What should she do - defend him and risk her hard-won career, or keep her career and abandon her son?

I wrote this book after spending a lot of time in court, watching how criminal trials work out. Things don't always go the way you expect. My daughter came up with the title. 'A trial isn't about justice, Dad,' she said. 'It's just a game – a game of proof.' She's a barrister; she should know!

The cover shows a barrister outside York Crown Court, where some of the action takes place.

A Game of Proof has 23 5 star reviews on Amazon UK so far. Sarah Burns, of Kindle Book Review, called it 'A brilliant British crime thriller that you really should read.'