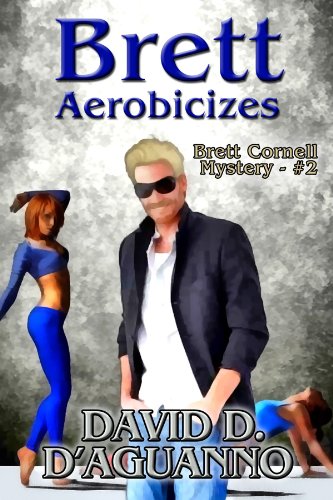 about this book: I wrote the first draft of this novel at (for me) lightning speed, having recently finished writing the first novel in this series, that being "Poolside with Brett." Although each of the books in this series can easily be read as a stand-alone piece of writing, I wanted to at least give Brett a chance to get even with Ralph Haynes and Sean "Big Bull" O'Rourke for the way they treated him in that first novel; and so, those two policemen make a re-appearance in this one. In doing this, I made Ralph Haynes into a more central character since he is engaged to be married to Marilyn Dunford, who happens to be Brett's main client here.

As with the prior work, this novel is written in a deliberately tongue-in-cheek manner, and overly sensitive readers should keep in mind that, whatever his faults may be, Brett is supposed to come off as rather comical, especially in view of the fact that he (either consciously or unconsciously) gets names & phrases mixed up (for example, his inability to recognize the idiomatic expression involving the pot calling the kettle black, in the chapter entitled "Brett Does Chinese").

I also intended that the reader should find it humorous that Brett, far from being a model citizen, often prides himself on being a pure-blooded 100% American -- which is about as close as he ever gets to being patriotic.

The murder plot involved here can hardly be called intricate, but what mattered most to me as I wrote this was that the reader should be entertained by Brett's antics and that his personality should dominate basically every aspect of the book. 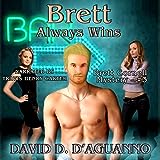 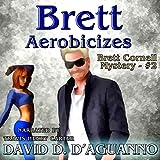 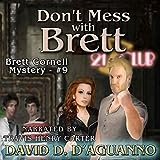