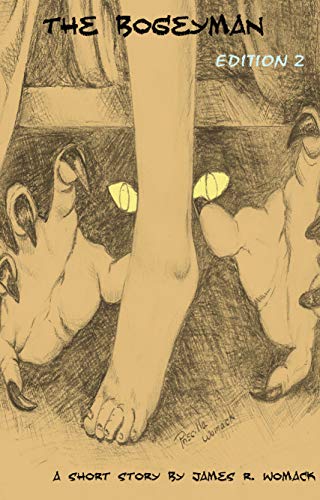 Book: The Legend of the Bogeyman by James R. Womack

about this book: The Bogeyman is not what, OK, isn't who you think he is. And he's been around a lot longer than you might think. Let's just say he's into more than hiding under the bed or in the closet and scaring wayward kids. Actually, he has a vendetta and he intends that neither Heaven or Hell stops him.

I originally associated the Bogeyman with Satan because I often saw pictures of the character sporting the traditional or variation of an appearance of a devil or demon. The German Krampus, Japan's Namahage, Scotland's Boggart, and Italy's l'uomo Nero to name a few. Then I got an idea. Since the Bogeyman the world over bears so many characteristics of a devil, why? What if the Bogeyman really is the Devil? If he is, how did the Devil himself come to be? Having a Christian background, yet being a guy who always marched to the beat of a different drummer, I decided to write this story from Satan's perspective.