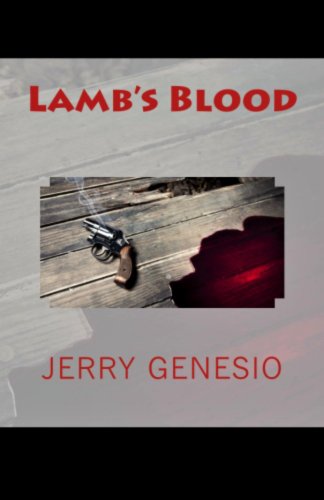 about this book: When an attempted assassin shouts "¡Sanguijuela!" just before pulling the trigger at a Washington press conference, he's telling the press corps that thousands of peasants in Nicaragua are literally selling their blood to feed their families. The U.S. blood industry has made millions in profits by sucking the blood of the poor through a virtual pipeline to enrich its shareholders and its vassals throughout Latin America and the Caribbean. The practice was begun during the Vietnam War ostensibly because blood needed on the battlefield was said to be in short supply, but even if this were true the profit margins soon became addictive.

Lamb's Blood is a novel about the U.S. blood industry and its connection to the Sandinista Revolution in Nicaragua in the 1970s. Mark Marino, an American journalist, lives with the knowledge that he fell short as a war correspondent in Vietnam. Now he feels a measure of responsibility for the thousands of names on the Vietnam Memorial Wall, one of which belonged to his own brother. A decade later, during a press conference at Washington National Airport, he witnesses an assassination attempt and a murder. Hoping to redeem himself he resolves to bring the killer to justice. His mission takes him to Boston, where he meets with two colleagues; Tony Rosati and his daughter, Rina, with whom he falls in love. They discover a link between the killer, Carlos Tortue, who is a Vietnam veteran and former Green Beret of Haitian and Nicaraguan heritage, and a Boston-based manufacturer of human blood products. Tortue kills again during an attempt on Tony Rosati's life and then escapes to Nicaragua with Marino in pursuit.

No stranger to Nicaragua, Marino tries to find two men he met in Managua while covering the 1972 earthquake: José Velasquez, a fellow journalist, and Padre Las Casas, a Roman Catholic barrio priest. Both are sympathetic to the Sandinista revolutionaries. Rina Rosati joins Marino in Managua and Las Casas arranges for them to meet with a rebel Commandante Cinco who allows them to accompany him and his comrades on a raid. The target is a clinic that trades in peasant blood for export, and Carlos Tortue is involved in the operation.

I was employed in the U.S. blood industry for nearly two decades resigning in 1988 when I confirmed that my employer was importing blood from Latin American and Caribbean nations.