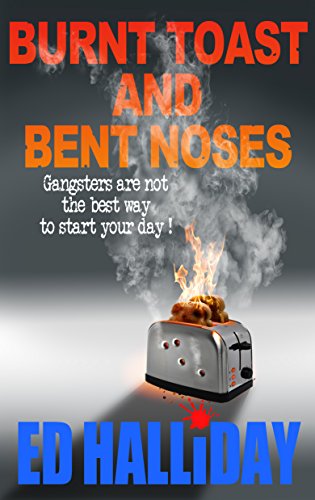 about this book: Burnt Toast and Bent Noses is a black comedy set in the London underworld. Like most of us, I'm sure you have been to a job interview and thought it was a bit odd? Maybe the interviewer had an odd manner or the job title was very vague and no-one seemed keen to explain it? Julian Renard had just such an interview, and the man asking the questions is an extremely annoyed East End villain, but the oddest thing was that Julian hadn't actually applied for a job in the first place! Not only is he given the job that he hasn't applied for, but there is no option to refuse it, it's a done deal. With his new found career working for some very dubious people life becomes extremely complicated as our hero struggles to survive in an East London crime dynasty, which is not something he is accustomed to. He is also desperately trying to extricate himself from the situation without offending anyone and simultaneously dodging law enforcers who seem to think he is their safest bet to get the information they want. What neither Julian or any of the characters banked on is a life changing twist that no one saw coming but will change everything, for ever!

Other books by Ed Halliday