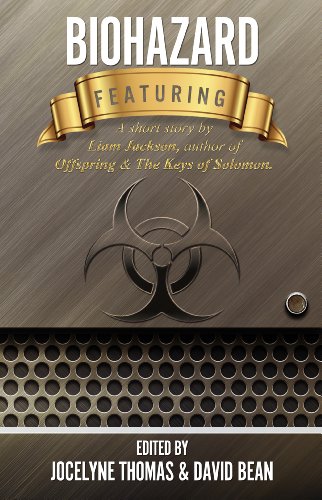 about this book: A deadly virus enters the U.S. as a passenger on any major airline at any major airport. A trip that once required months, now only takes 15 hours. This pathogen infects most major cities within days of its arrival -- or hours. By December 2012, 9 out of every 10 Americans in dead. What would you do?

BeanPods Press posed this question to a number of authors. Their answers appear in our anthology: Biohazard 2012.

We came up with the idea for this project a year ago. We whittled through many submissions to shape our book into what you see today. The nine short stories in our anthology are intriguing and fascinating. Though based on the same topic, each story is as unique as its author.

For BeanPods Press it has been a riveting experience. We've met such wonderful people along the way. We know that we'll enjoy many such projects in the future.

When you read Biohazard 2012, put yourself in the same scenario. What would you do?