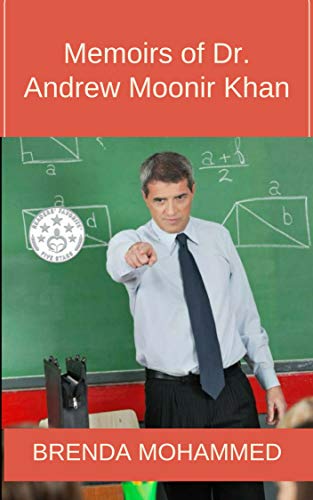 about this book: In reviewing my father's memoirs for publication, a number of questions arose in my mind, and I am sure that the readers of this book will have the same questions.

On the day that young Andrew refused to go to school, what if Mr. Sultan Khan had not insisted that he immediately leave for school, or there would have been consequences? The firm action taken by his father ensured that his son would not be a drop-out and a burden to society. Credit must be given to Mr. Sultan Khan for his fatherly stance. When the fakir abandoned young Andrew somewhere in San Fernando, far away from his home, what if he was never found? Luckily a good neighbour took the boy back home. That man was certainly a good neighbour and society today needs more good neighbours like him. When he fell ill for four years and could not attend school during that time, what if his mother never dreamt of a cure? Those were primitive times and medical expertise was limited. It seems like a miracle occurred there. When Andrew's father died his mother moved with the children to Couva. It must have been divine guidance that caused his mother to move to that district because it was in Couva that Andrew's life began to blossom. It was in Couva that he met and married his wife, Beatrice.

God certainly had plans for Dr. Andrew Moonir Khan and it seemed that nothing could have stopped him from achieving his goals. There are so many lessons to be learnt from the life of this great man. As a pupil teacher when he struggled to collect children and walk them through the cane fields and they ran away, and he was left to face an angry headmaster, did he protest? No. He tried again until he succeeded.

When the Union Presbyterian School became overcrowded, did he form a group to demonstrate in front of the Government offices as is the common practice today? No. He found a way to construct a new school and even a church building. He was a man who knew how to obtain co-operation from students, teachers, and parents, and that skill was responsible for his success. His peers recognized that "sound Christian principles always motivated his actions and guided his life."

Dr. Andrew Moonir Khan was recalled to his Maker on 5th April 1975. His children discovered in his desk drawer, full details of how he wanted his funeral conducted, as well as details of a burial plot which he had selected and purchased before his death. He also left a letter addressed to his wife and children. He had his life planned out until death. Such was the man, Dr. Andrew Moonir Khan - A Great Educator.

Other books by Brenda Mohammed (more)