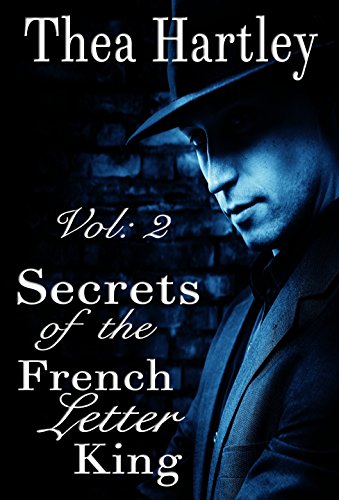 about this book: This book is a genuinely interesting read about the lives of two men who lived in a small town and became world wide producers of what are now known as condoms.

These were known as " French Letters" in the UK in 1900 when the factory first started. Tommy Horton had the nickname of " The French Letter King" in his home town, where he paraded in a three piece suit, gold chain watch across his waistcoat and a bowler, then trilby hat. Ronald Horton his son joined the business at a later time.

The father and son also lead colourful lives. Scandals followed them and their relationship with each other was very volatile. Maggie, Toms wife died young, therefore father and son lived together for many years alone, except for a housekeeper.

Ron had several tragedies in his life. The death of his fiancée was one such event, which deeply affected him.

He entered into a forbidden romance which angered his father and lead to the older man trying desperate measures to keep them apart.

The first volume covered the periods 1900-1945' during and between two world wars, a period of great social change, which was reflected in the business. Troops were issued with condoms, mainly to protect them for syphillis which was causing thousands of deaths.

This, the second book, explores the post war period and the more enlightened attitudes of the population towards birth control. An expansion in the business to produce more sensitive sheaths, and on a personal level, Ron's late marriage,of w high his father never approved.

This volume is different from the first, yet explores the intricacies of human relationships and the social changes which took place. It reflects thousands of families by following the trials and tribulations of a family trying to cope with change and the problems which are pit in their way. On a lighter note, it shows the new attitudes towards women and social life during the post war years and into the beginning of the sixties.