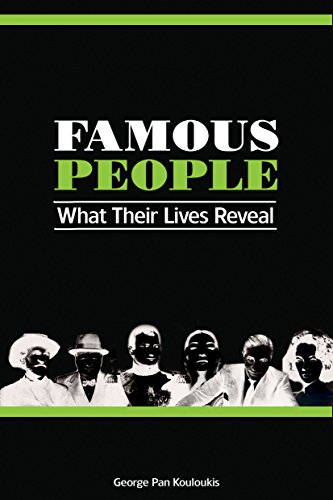 about this book: Famous People's Lives reveal whether the years just ahead are good or bad for you - and how long this season will last! You'll act so accordingly! If there is a storm on the horizon, you'll take shelter in time; if sunny days loom ahead, you'll take advantage of it before the opportunity passes. In short, you'll be able to take crucial decisions regarding your career, marriage, family, relationships, and all other life's issues.

You will see among other things, why you mustn't be seized by despair and pessimism when you are in a bad season – fearing that this season will never end. Winston Churchill, for example, failed his exams in school again and again when he was in a bad season of his life, and at a moment of another of his bad seasons he said: "I am done, I am finished." But later he became prime minister of his country.

You will also see why you can dare when you are in a good season – fate is with you. Christopher Columbus, for example, succeeded in discovering the New World since he was in a good season of his life, despite of the fact that almost everybody – the Spanish royal council included – was skeptical and had rejected his idea.

There are many other benefits deriving from the pattern the seasons alternate in the lives of famous people, as you will see in detail in the book.