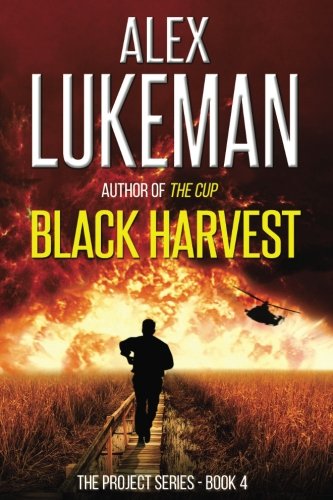 about this book: What would happen if a centuries old conspiracy committed to world domination got hold of a potent plant virus that could devastate the crops of an entire nation? Now you know the premise of Black Harvest. An ancient virus from the time of Alexander the Great is found and modified by a conspiracy called Aeon. Aeon seeks a New World Order, with itself as the central authority.

Black Harvest is Book Four in the Project series. The relationships between all characters continue to grow. New characters are introduced. Things get even more complicated. An unlikely alliance of need is formed between the Project and an old and re-emerging enemy.

It takes me about six or seven months to write a book, It used to take a year or more, but one of the advantages to writing a series is that I have familiarity with the characters and their stomping grounds. The disadvantage is finding ways to have them change and keep things interesting for readers who have enjoyed the other books. That's a challenge and I really enjoy it.

All of my books deal with things that could happen. Bio warfare is real. You don't have to destroy a country to bring it to its knees; you simply have to destroy its food supply. These things are real. That is a scary thought.