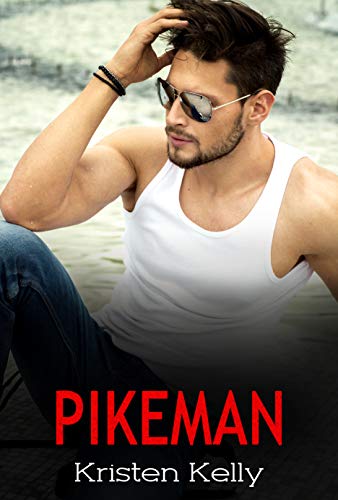 about this book: New Release: Pikeman by Kristen Kelly

What readers are saying about Kristen Kelly's newest steamy romance

"Fiery hot in more ways than one! I loved every minute of it and can't wait for more of Kristen Kelly!!!"

"The book kept me hot and melting all through the book. Loved the characters!"

This is a stand alone steamy romance novel between a younger woman and an older man who is a fireman. Brock is rich, filthy rich but most people don't know that. In fact, most people don't know anything about him except he's arrogant, strong, a good leader, and a loner. The people closest to Brock died a long time ago, including his father whom he blames himself for the death. With more barriers around him than the Grand Canyon, Brock meets the woman of his dreams, a young, intelligent, wise for her years tiny redhead who has worshiped him from afar. But no one can get close to HARD AS A ROCK Brock Fitzgerald until Amy decides to hijack him.
In the privacy of his office.
Now Brock has another kind of heat on his hands and he can't put the flames out!
Not even if he tries.

NO cliffhangers and a HEA.