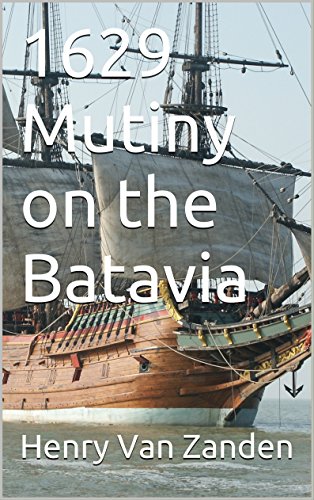 Book: 1629 Mutiny on the Batavia by Henry Van Zanden

about this book: This is the best story in history that I have ever come across. It has everything: drama, adventure, romance, murder, massacre and mutiny. You will be thrown into the wild turmoil of emerging fanatical religious sects, adventurous sea captains and merchants who were pioneers in the mysterious lands of the east.

However, the story is not just about an amazing plot, but about the human character. It is about how evil can corrupt even the most pious of men and women. It is about how the instinct to preserve one's life can lead men and women to commit murder, accept sexual slavery and abandon all their values, their beliefs and civilised behaviour. How many murder would you commit to stay alive? This books asks some uncomfortable questions.

Meanwhile, there is a parallel plot to the shipwreck story in the Dutch colonial capital, Batavia. It's castle is under attack by a massive Javanese army. The soldiers on the shipwrecked ship Batavia were on their way to reinforce the castle. The rigid social structure of 17th century colonial society is brought under the microscope after a young teenage girl is flogged outside the gates for making love with a Eurasian soldier who was meant to guard her honour. The two plots become entwined after the remaining survivors of the Batavia return to the city of Batavia. Here the reluctant hero, with many twists and turns, gives the reader a very unexpected but exciting ending.

This book will one be made into a major feature film.