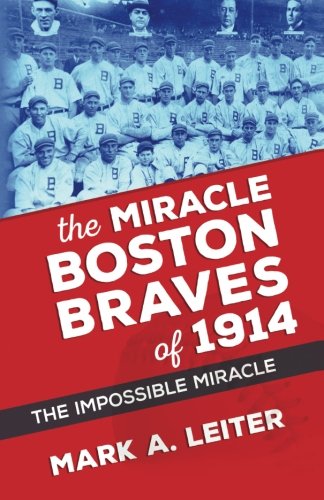 Book: The Miracle Boston Braves of 1914 - The Miracle That Was Impossible by Mark A. Leiter

about this book: If you've ever heard about the book, THE SECRET, you will understand the story told by my book. My book, The Miracle Boston Braves of 1914, is indeed about a Miracle and an amazing Miracle Worker.

The book THE SECRET explains how the Power of Belief and of Visualization can transform the ordinary, the "impossible", into a truly miraculous event. In other words, nothing is impossible , if you believe and can visualize, and cause others to visualize, the desired outcome.

George Stallings, the hard driving manager of the Boston Braves National League Baseball team (now the Atlanta Braves) believed in an "impossible Miracle", and, against all odds, visualized that Miracle into fruition. It was impossible, all the baseball experts agreed, that the woe-be gone Boston Braves, second division, and more often, last place finishers since late in the previous Century, could win the National League Pennant.

However, Manager Stallings believed otherwise, and convinced his collection of mostly nameless players, with one or two exceptions, that they could, in fact beat anyone. George Stallings gradually instilled this belief in his players. Sitting in last place in mid-July, 1914, the Manager inspired the team to a miracle run, winning the National League Pennant by 10 games by October. Even more miraculously, the Braves beat the American League champions in four straight World Series games that October of 1914.

My late Dad was born in 1914, and as a rabid baseball fan, he was always fascinated by this baseball Miracle. I too became fascinated, and inspired, for this is indeed a story of inspiration. Before my Dad died, I promised that one day I would write the story of this impossible baseball Miracle. It took awhile, but I finally did it, on the Centennial of the event.

This is indeed a story which should inspire and give hope to anyone. It is the embodiment of the philosophy of THE SECRET --- believe, visualize and a Miracle can be attained. 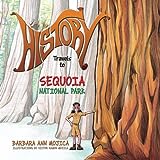