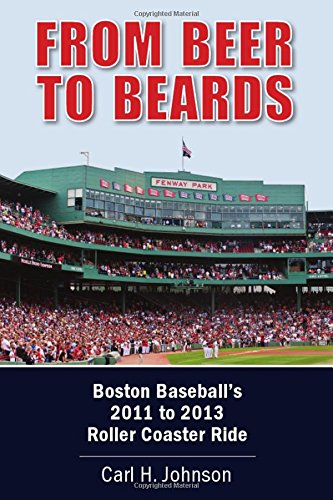 about this book: The book chronicles the Red Sox journey from Worst to First in 2011-2013. The book has been called a 'Must read for Red Sox Fans' by one reviewer and takes you game by game and inning by inning through one of the most exciting periods in Red Sox and Baseball history. The author covers the Red Sox for the Biddeford Journal Tribune in Maine and wrote the book because the story was too good a story not to tell. The title refers to the Red Sox losing a chance at the pennant in 2011 and the subsequent scandal related to them drinking beer and eating fired chicken in the clubhouse during games and the amazing comeback two years later when they won the World Series after all growing beards. In addition to being an interesting and exciting read, the book provides an easy factual reference to this period for baseball fans. Award winning mystery author Kate Flora suggests that Red Sox fans 'Sit down, open a beer, and let your beard grow as you relive the ups and downs of your favorite team.'