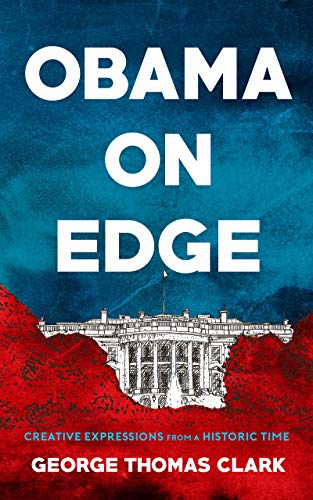 about this book: Let’s start with grandfather Onyango Obama proclaiming his strength and independence, and move to Barack Obama writing about his illustrious and nose-diving career in economics, and his many loves and children, one of whom is Barack, Jr. Then we can listen as high-riding Hillary Clinton celebrates her primary victory over young Obama in Pennsylvania, and Jeremiah Wright explains race and history, and Sean Hannity and Rush Limbaugh pretend they’re petrified by this alien Democratic candidate, and John McCain gets crotchety and stays that way, and Sarah Palin keeps saying foolish things and inciting her campaign crowds, and Joe Six Pack weighs in, but they can’t stop the spellbinder born in Hawaii of Anglo and African parentage. In the White House he needs the wiles of all his ancestors as General Stanley McChrystal wants to kick his ass, and Mahmoud Ahmadinejad and Benjamin Netanyahu rattle sabers while John Boehner swears he plays less golf than the president. How do any of them have time for the links? Hosni Mubarak is losing his stranglehold on Egypt, Muammar Gaddafi is being lynched, Osama bin Laden is buried at sea, and Bashar al-Assad emphasizes his power is more important than Syrian lives. Mitt Romney proclaims President Obama a loser and that freeloaders comprise almost half the country. He then mauls Obama in their first debate and appears poised to win the election. Lots of private political action follows. Rush Limbaugh and the Taliban reappear, though not in the same limousine. And there’s much more to savor in Obama on Edge.