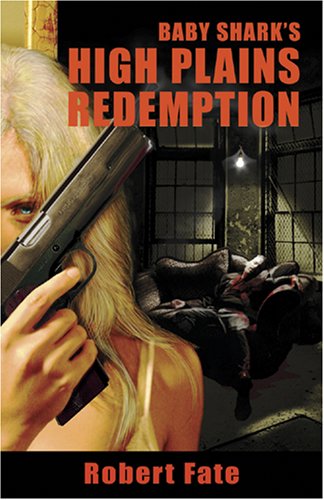 about this book: In May 1957 Kristin Van Dijk aka Baby Shark and Otis Millett are hired by an Oklahoma bootlegger to deliver a ransom. It seems a mysterious piano-playing redhead, a girlfriend of the bootlegger, has been kidnapped, and it all must stay "under the radar." It turns out, of course, that the bootlegger has been less than truthful about the situation and Kristin and Otis find themselves involved in more trouble than they bargained for. It is suddenly kill or be killed.

The question becomes: who wants the redhead Savannah Smike so badly they are willing to murder anyone who gets in the way? That mystery drives an all-out struggle between two feuding bootlegging clans that puts Otis in the hospital as the story careens across two states, leaving a trail of blood and destruction from the tough side of Fort Worth through the southern Ozarks of Oklahoma to the lonesome high plains of the Texas panhandle.