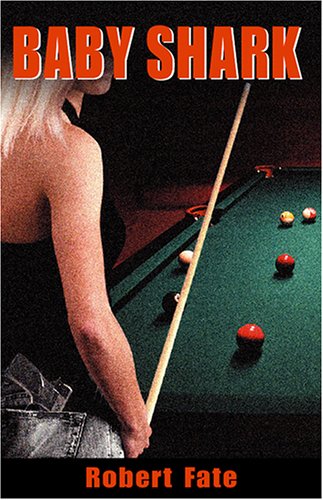 about this book: In October 1952, late one night in a roadside pool hall out west of Abilene, a pool hustler is murdered by a gang of thugs, who then beat and sexually assault his seventeen-year-old daughter, and leave her for dead in a burning building.

But she doesn't die, and, as a rule, in the 1950s, a good girl like Kristin Van Dijk wouldn't admit being raped—and she'd never seek revenge for her father's murder. But Kristin, unfortunately for the thugs, is a girl who doesn't play by the rules.

And so begins the first book of the Baby Shark series.

"It's just business," Sarge, her "close work" instructor, tells her. But Kristin understands that words like business, work, and jobs are Sarge's way of talking about killing. Albert, who teaches her about guns, says, "Stop a man," instead of kill him.

Kristin knows what they're teaching her to do, though no one is saying it straight out. So, she begins to see herself as an actress, a dangerous actress, full of deceit and lethal skills––as she becomes Baby Shark.