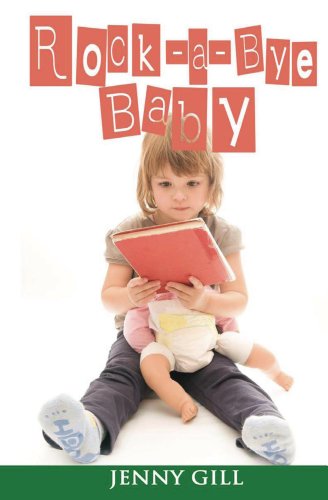 about this book: Joy and Michael struggled for many years to have a child, many years, many miscarriages and much heartache. Although they had hoped for a large family they realised after Rachael's birth that she would be their only child.

Was it because of their probalems having a family that Rachael became so difficult? Was Joy overly strict yet at the same time overly indulgent with her? Or was it the influence of Michael's spoiled and selfish mother Lola? Whatever the cause Rachael grew up getting her own way in almost everything, even as a young adult tears would well up in her big blue eyes when she didn't. Somehow she got through school and obtained a degree, which her father proclaimed a 'ridiculous degree' and then she drifted into a series of temporary jobs.

Reality hit home when after a drunken party she found herself pregnant. She was embarrased about it and refused to tell anyone the circumstances or even that she was not quite sure who the father was. Rachael absolutely refused to contemplate giving up her child as Michael wanted, Joy hoped having a baby would make her grow up.

But of course,as Michael had feared, much of the care of little Kelly landed on Joy. Eventually a sitaution was reached where they had ot put Kelly's welfare first - Rachael was given an ultimatum - pull yourself together and become a proper mother or risk losing your child.

This is Baby Boomer Women's Fiction and will probably appeal mainly to women in this age group, as is the author. This is the fifth book in the series Southhill Sagas, set in Surrey to the south of London, but as with all of them it can stand alone.

Other books by Jenny Gill