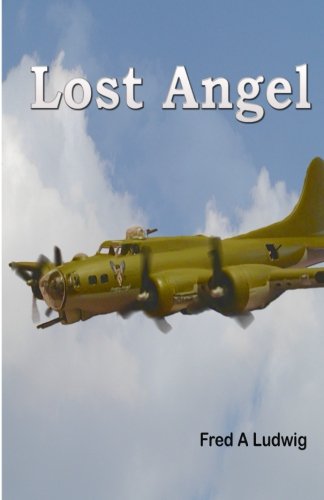 about this book: I have always loved B-17's. They were one of the bombers used in the air champaign against Germany back in World War II.

To get some of the feel and details of the actual planes, I read a book written by a pilot who had did his 35 missions, and survived the war.

The Memphis Belle was made popular though a movie, and a war bonds promotion during the war. After 25 missions, she and a composite crew returned home. The first do so from the 8th Airforce

In my story, the end of the war looms and now they must complete 35 mission to go home. Learning that their plane will be scrapped, the Angry Angel is reported lost in combat on her final mission of the war, the mission that would have also allowed her to return home.

Some sixty years later, a photo arrives in a Museum, a photo that shows a B-17 bomber, still complete with her guns... a bomber reported lost. It sits in a barn in Kansas, and the mystery grows in discovering how this aircraft survived.

The current caretaker wants it put on display, a tribute to all the airmen of the war, but the requirement is that her Angel must be flown to her final home in Washington.

This begins the adventure, the final flight of an Lost Angel. The pilot is sixteen, and her crew isn't much older.