about this book: I believe that history should be about wonderful stories that reveal something about man's quest for adventure, the romance of the unknown and his emotions governed by the peculiarities of the age they live in. The seventeenth century in particular was a fascinating era. It was a time when Europe was awoken to a new world that existed outside Europe. It was a time of great courage and adventure for explorers who were literally sailing into the unknown. It was a world at war: an 80 year long war between Catholicism, led by Spain and Portugal, and the Protestantism, led by the Netherlands and England. It was a war that was not only fought on the European continent, but the entire world.

Cut from the lucrative spice trade by Spain, the Dutch found their own sea route to the East Indies. However, along the way, their captains had another war to fight, but this one was with nature. By sailing the faster sea route via the Western Australian coastline to the Indies, there was always a chance that ship might strike a reef or be dashed upon the rocks by a storm. Any survivors who came ashore would become marooned at the end of the earth, divorced from European civilisation and forced to adopt and live life in a culture at odds with their own. This fate fell upon two ships: The Gilt Dragon (Vergulde Draeck) in 1656 and the South Village (Zuytdorp) in 1712.

Seventy-five men and women came ashore safely form the Gilt Dragon shipwreck but one of the two boats was smashed to pieces as it came ashore. Seven fit men were sent on a 3,000 km rescue voyage on the one remaining boat to Batavia (now Jakarta). Rescue ships were immediately sent out but despite finding signs of the survivors, they were never found. To make matters worse, another dozen were left stranded on this largely unknown continent. Although they continued to search for the survivors until 1697, they remained lost in time until 1832.

Robert Dale was an inland explorer tasked to find new and profitable lands for his Governor James Stirling. The colony was only three years old but was on the brink of collapse. However, his discovery of a white settlement just over a 100 km north of Perth rescued the Swan River Colony but doomed Australia's first white settlement to anonymity.

Dale had discovered, "A small community, all as white as himself, he said about 300, that they all live in houses enclosed all together within a great wall to defend them from the black men that their fathers came here 170 years ago from a distant land across the sea." Lt. Robert Dale, 1832

My task was to find out what happened to these forgotten poor shipwrecked souls. After many years of research and a few trips to Western Australia, I discovered a map: Dale's map the lost white tribe! Everything fitted: the date, the location and the story. And what a story! A portion of Dale's journal was deliberately leaked to the Leeds Mercury newspaper in England. It was a veiled threat by Governor Stirling who was saying to the English government, "Save the colony or I will reveal the whole story and the location." It put into the question the legality of the English annexation of New Holland from The Netherlands.

Join me on my journey of rediscovery, of finding the lost colony of 300 Dutchmen and women. Find out what happened to the lost 300 and hear what their descendants have to say today. Read also of the fate of the Zuytdorp crew left stranded on what is still called today: the Zuytdorp Cliffs. Follow their two separate journeys where one group went north and the other followed a river east. It is an untold story of endurance, cover up and courage. It is the story of the Lost White Tribes of Australia. 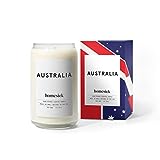 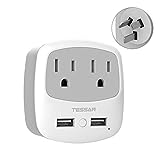