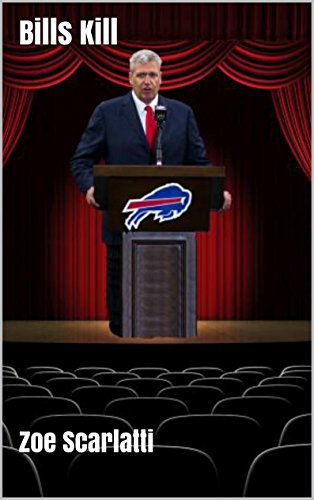 about this book: Bills Kill is Short Episode 16 of @ZoeScarlatti's groundbreaking #ZspotDiaries.

Maybe she was born under a bad star. If not, why was her Uncle sending her on assignments in the very worst locations in the world?

Zoe was sure people needed to die in Paris. In Milan. In Bora Bora.

But no. She was shuffling off to Buffalo.

"Fuck me with a chicken wing."

There were three names in the list. All affiliated with the Buffalo Bills.

Fuck why. Punch the tickets and get the hell out of Dodge before she catches something.