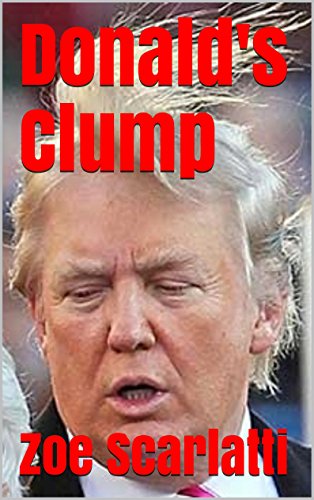 about this book: Donald's Clump is Short Episode 15 of @ZoeScarlatti's remarkable #ZspotDiaries.

By the time Zoe works her way through the #GOP field of hopefuls, Carly might be the last man standing. I meant... Well. Wherever!

BREAKING NEWS: Only in the "CNN sense." The Donald has a price on his head.

No. His head. Not the fluffy character who lives on top of it.

And how would investigators possibly interview all the likely suspects?

Just for starters. So Zoe had precious little to worry about.

Until Megyn Kelly crashed the party.