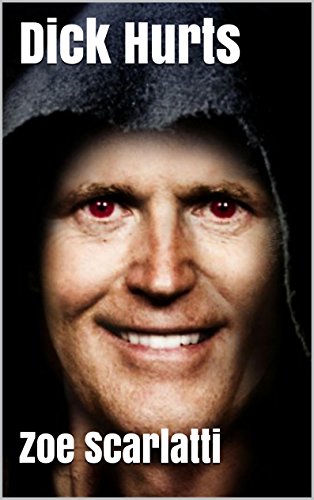 about this book: Dick Hurts is Short Episode 13 of Zoe Scarlatti's #ZspotDiaries.

A series of #PhoneReads for the short attention span crowd.

A portion of current events, a dash of political intrigue, and a spattering of blood. What could be better?

Governor Richard Scott of Florida holds the key to Electoral College Victory. Florida is right in the middle of the action again. And the Dick's not letting go until his cup runneth over.

Scott's consistently hurt the citizens of the state for his entire tenure. But he does know how to deliver the votes. One wire transfer at a time.