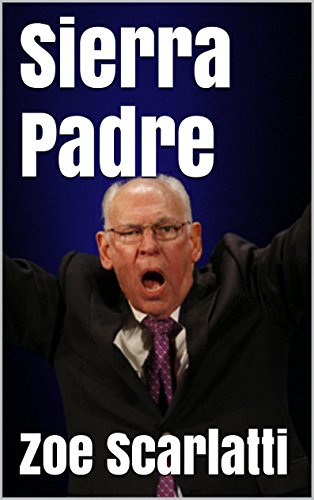 about this book: Sierra Padre is Short Episode 12 of Zoe Scarlatti's groundbreaking #ZspotDiaries.

Fiction to go. A #PhoneRead. Call it what you like. Stories are between 1500-2000 words. A series more than a serial. Enjoy the shorts in any order you like.

Sure, summer is ideal for the long beach read. Unless you have a job. Kids. Visiting in-laws. Or the bitch in line at the Chase drive-through thinks this is couples counseling.

In any case, give the series a try. And if you write a snappy review, Zoe might just send you some free stuff. Drop a note. zoescarlatti@gmail.com

Zoe's back on the campaign trail so soon? #HumpDump and #MarcoPolo seem like only yesterday. And sure, it's almost trite to say so. But "so many assholes, so little time" is a fairly accurate characterization of the #GOP Presidential Field so far?

If you've not yet had the pleasure of meeting Ted's Papi, Rafael Cruz has some dazzling content up on YouTube. Treat yourself. Just ahead of Ted's book release party.

And the world's most glamerous, if not patient assassin is trying to sort through the intelligence and decide exactly what's politics and what's personal. And perhaps personal in a manner you might not expect. Even after the #SameSex #Marriage ruling came down.