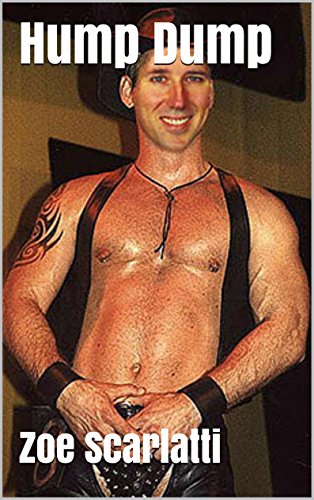 about this book: Hump Dump is Short Episode 10 of Zoe Scarlatti's groundbreaking series, the Z-Spot Diaries. A collection of #PhoneReads busy fans can enjoy on the go.

Zoe's bored with New England. Having grown up in Boston, and stale off a hit in Connecticut, she's considering a more permanent move to Miami. Two of her top five fuck buddies live there. It's warm. And she seems to have a growing affinity for all things Cuba.

Except Cubans. Much like her relationship to France. What's a girl to do?

But first, the job at hand. Carlo always lays out the game plan in its most elemental form. Punch the ticket, collect a fee. Keep it simple, or Mr. Murphy may very well gallop in on his donkey and shit all over your parade.

Like the vast majority of her gigs, this one is in no way personal. And who wouldn't relish the opportunity to pull the rip cord on a misogynistic, gay-bashing, hubristic lawyer and former Senator?

But he's walking a tightrope. One foot in the closet, while he criticizes the king of all media. No. Bot the Long Island Shock Jock. Zoe's not a simpleton.