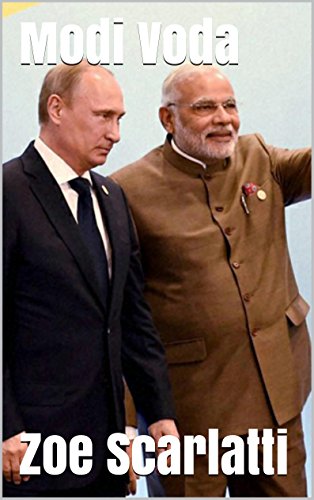 about this book: Modi Voda is Episode 7 of Zoe Scarlatti's #ZspotDiaries.

A dark chapter in the history of the planet's second most populous country. In and of itself, the prevalence of Rape Culture in India is deplorable. But to exploit the suffering of others for financial gain? That makes you a Republican candidate for President. But that's not Zoe's story.

A marriage made in a place much hotter than the Punjab. Partners in crime. PM Modi and Supreme Leader Putin (affectionately Voda) discover that they share a taste, or more accurately a hunger, for the perverse. Like many in high office throughout history, their appetites tend to consume them.

The two leaders. finding strength through weakness for the other's flesh, are driven to a level of depravity that no longer qualifies as mere pornography.

Zoe happens to be in Los Angeles on business. As she has done frequently over the years, she stands up at an open mike night to work on a new 15 minutes. The thrill. The vulnerability. And engaging strangers in a way that doesn't necessarily end with someone in a box. Her human side shines through.

Until she learns what the two leaders are up to. And learns there's a price on the head of the less corrupt one. Who's writing the check? You'll be delighted to find out.