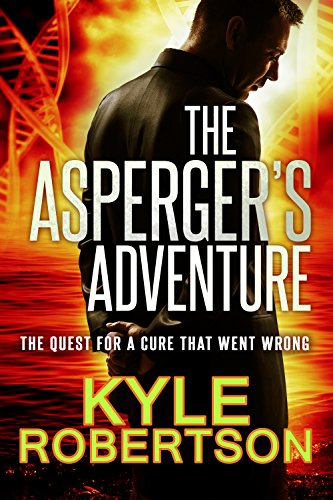 Book: The Asperger's Adventure - The Quest for a Cure That Went Wrong by Kyle Robertson

about this book: Stanley Arness had a disease that he was born with. Asperger's Syndrome, an Autism spectrum disorder. He had become a scientist on the medical realm. He decided that he didn't want his disease anymore, except it was said to be incurable. With Asperger's, Stanley didn't believe that. Instead of curing Asperger's Syndrome, he reprogrammed the DNA of a person. The side effect was a miniscule, but devastating complete loss of awareness.

After years of trial and error, Stanley thought that he had it correct, and tested it on death row inmates. Out of 43 inmates, one lost awareness, so he had to do a little bit more work. His pill cured everything, but he couldn't take it with that side effect.

An NSA agent tried to acquire his pill, but Stanley refused. He had to get his correction corrected.

During the experiment, a correction's officer that worked for a stingy billionaire with terminal cancer had to tell his boss.

Gerreg Rosen, the stingy billionaire, sent a hit man to retrieve the pill, but the NSA agent stopped him.

Gerreg never gave up, and employed a legendary Samoan cleaner to get his cure.

This is the tale of the Samoan cleaner being thwarted by a Maori warrior for Stanley's correction with a small NSA team supporting Stanley. The Samoan will never stop until he is dead, and the Maori warrior had a vendetta against the cleaner, and has vowed to kill her. Who will win this quest for the cure?