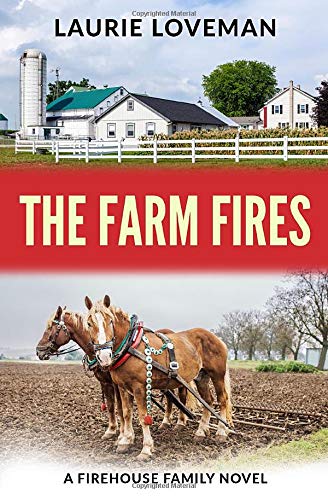 about this book: Woodhill Fire Department Captain Freddy Pratter meets newly-divorced Glynis Hampton over a maggot-infested body in a ditch. The Great Depression has seen many homeless people coming through Woodhill and its neighboring communities on their way to finding jobs in Cleveland, twenty miles to the north. It's obvious that these remains are those of such a person because he left behind a small horse who has waited patiently nearby in a field for his owner to return. In his unofficial position as the photographer for both the police and fire departments, Freddy is called upon to photograph the scene and the remains. Glynis and her younger brother, Mark, are driving by in their truck, along with their father, dairy farmer Ben Barneshill. They happen upon the scene and Ben offers to take the horse to his farm in neighboring Dalebridge.

Dalebridge Fire Chief Max Roper, has called upon Woodhill Fire Chief Jake McCann to assist him in finding the perpetrators of a number of arson fires in the area, who Roper insists are being set by disgruntled farmers, unhappy with the government's agricultural policies that are causing many farmers to face bankruptcy and foreclosure. Freddy offers to take on the investigation.

Glynis is a childhood friend of Laura Darvey, and now that she has returned to her family's home in Dalebridge, she and Laura resume their friendship and their horse-related activities. As Freddy comes to know Glynis and her large family, he is drawn back to his childhood and youth and determines to return to New York City and find answers to who his parents were and what was his true relation to the aunt who raised him.

Upon his return, Freddy must follow his instincts and the available clues to bring the arsonists to justice, even when faced with the knowledge that Mark Barneshill might be a suspect. Mark, however, along with the arsonist's unwilling partner, has drawn the wrath of the ringleader, who vows to kill them both and will stop at nothing to reach his goal.

Even though THE FARM FIRES is set in a small farming community in the 1930's, the actions of two volunteer firefighters illustrate an arson problem that may never be resolved, no matter how technologically advanced we become.