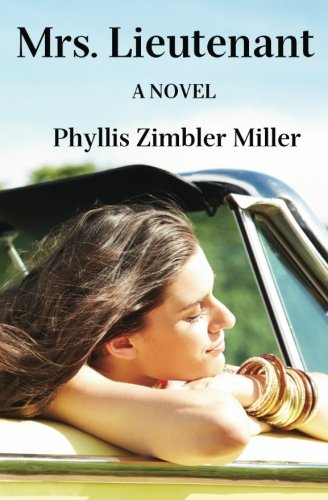 about this book: This novel, which was a 2008 Amazon Breakthrough Novel Award semifinalist, was 40 years in the making. Since personally experiencing being a new military spouse in the spring of 1970 during the Vietnam War, I wanted to tell this slice of women's social history.

About 20 years after my experience I started the Los Angeles Chapters of Sisters in Crime. Two women producers who attended meetings optioned the rights to make this story into a film. But first I had to write the story. By the time I wrote the first draft of a novel (to protect the innocent), these producers had moved on to other projects.

For the next 20 years I took courses, read books, etc. to learn how to switch from journalistic writing to novelistic writing (point of view took me a long time to master). I also hired an editorial consultant for advice.

During those years I got frequent rejections from agents and publishers even though I knew the story would resonate with women (and men). Finally I self-published with Amazon's BookSurge (before it was merged into CreateSpace) at the same time I entered the book into the first Amazon Breakthrough Novel Award competition. Being selected as a semifinalist was very encouraging.

From there I jumped into social media and learning as much as possible about online marketing. I know share that knowledge with other authors.

Recently I formed a triad for MRS. LIEUTENANT with two other experienced-based military spouse novels. You can read more about this triad at http://www.phylliszimblermiller.com/triad-us-military-war-novels/
And of course, early on I had the novel converted into a Kindle ebook. Now I utilize the opportunities on Amazon's KDP Select for MRS. LIEUTENANT. And the novel is getting the response of which I had hoped -- currently the book has 4.6 stars out of 5.0 with 43 reviews.

Here is an example of one review:

"Being a retired military wife myself I really enjoyed reading this book... I would read it again!"