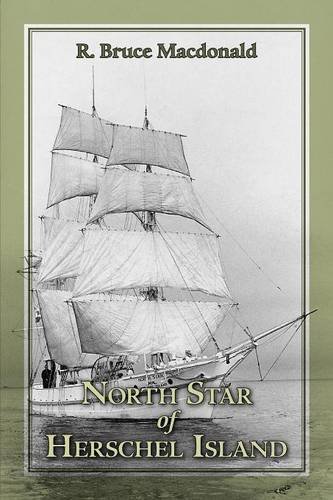 about this book: Seventeen years ago my wife and I purchased an old Arctic sailing ship and ended up raising four children on her. Wherever we sailed to we would meet people who remembered the ship from the Arctic and they often shared their photos and stories with us. I ended up travelling to the High Arctic where I stayed with Inuit elders who shared both their memories and photo albums with me. The result is this book, North Star of Herschel Island.

Built in 1935 for two Inuit fur trappers in order to take their catch to markets in Herschel Island, Aklavik, Inuvik and Tuktoyaktuk, the ship was chartered by the Canadian government during the Cold War to travel to a remote island four hundred miles north of the Arctic Circle in order to assert Canadian Arctic sovereignty. She was later used for sail-training; oil and gas surveying in the Beaufort Sea and a Cambridge University scientific voyage to search for mermaids in the North Pacific.

North Star is still our home and was most recently used as a Canadian Good Will Ambassador in International tall ship festivals.

The author has produced a highly readable work about Canada's Arctic tall ship. Many never before recorded stories made this a real page turner. [by James Morgan]