Book: Keepers of the Earth by Wendy Reakes

about this book: The Apocalyptic story, 'Keepers of the Earth' is based around English Myths and legends; Stonehenge, Avebury and the mystical Glastonbury Tor.

A couple of years ago I was musing over a Biology model I had bought for my son. You know those models where you piece together the innards inside the plaster body of a man with no skin. I wondered why no-one had written a story about a monster/character who looked like that, until it occurred to me I could write it myself.

After I had invented them and described their magnificent bodies, I loved them so much I decided to make them into vigilantes, born of Mother Earth and sent to save us from ourselves before we destroyed the planet. It was around the time of Hunger Games fame, so I called it 'Young Adult' by introducing two young characters; one a seventeen year old boy from New York called Tom Stone and the other an English Rose called Mia Lake. As the story developed I introduced older characters, which fortunately made the book suitable for all age and gender.

The story was put together after intensive research into English myth and Arthurian legend, as the plot unravels around real life with a fantasy sub-plot.

Back for a second run, the Prime Minister, Alice Burton conspires with the American president to gain access to the mineral wealth below Afghanistan worth one billion dollars (true). There begins a race against time for the Keepers to prevent the repercussions of the world leader's strategy, for the good of the planet, and to save the Kudos -the pure of heart- so that they may survive until after the fallout.

Enriched with incredible story lines like crop circles, crystal skulls, the isle of Avalon, and many others, the Keepers of the Earth is about a race for survival under extreme odds and a belief that there is something out there greater than man. 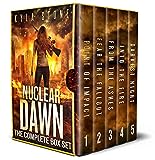