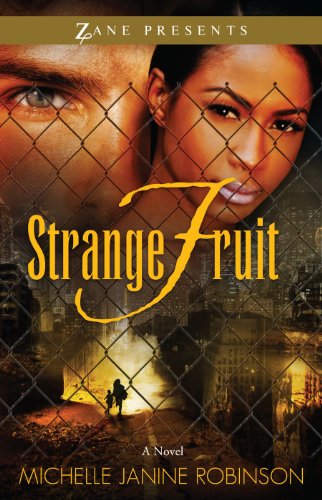 about this book: I have long believed that complacency is of continued detriment to our society, especially political complacency in the African American community. Strange Fruit explores the frigthening possibilities of the extreme harm of such naive contentment. Imagine a post-cataclysmic world in which slavery is once again deemed lawful and interracial marriage is outlawed; a world in which terrorism has run-amok and New York City's Empire State Building is obliterated. What would you do, if the only choice you had available was to accept the present conditions or fight? It took me at least a year to write Strange Fruit and the research I conducted in order to write this book was frightening, to say the least. During this research I was surprised to learn that slavery is alive and well in the United States and for the most part has gone quite unchecked.

My goal in writing this book was to shake my readers up, especially some African American readers who still don't see the importance of voting, because they believe their voice is of no merit. If it were up to me, my cover would have been more jarring. In fact, I voiced a preference for a noose on the cover to grab the attention of the main focus of the book - a return to slavery of old, in which people of color were often lynched and burned for little more than the desire to be considered as equals. The title of the book harkens to that time. Strange Fruit, a song made famous by iconic singer Billie Holliday, sings of "blood on the leaves and blood at the root, black bodies swinging in the southern breeze ... bulging eyes and twisted mouth" - in short, the lynching of countless human beings who did little more than to be black.