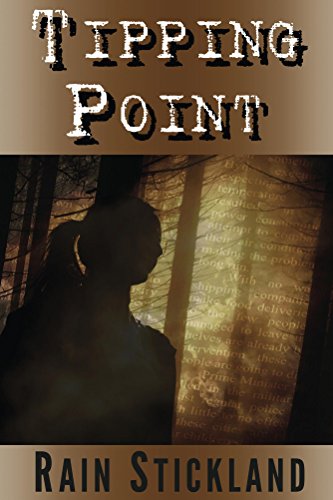 about this book: Tipping Point is based on a very real scenario that was inspired by a conversation the author had with a former Ontario Hydro executive. She was told that the blackouts would be getting worse, and that one day the whole system would come down. Being a writer, she could not resist playing out the scenario in her first novel. Raised on a farm, Rain Stickland also understands what it takes to be self-sustaining, so there is a great deal that readers can learn about the realities of the prepping world.

With plenty of romance, and a bit of the risqué, Tipping Point is the beginning of a pre-through-post-apocalyptic trilogy that takes you right to the point of the power grid coming down, and a few days after. During a time when she least needs or expects it, Mackenzie is also faced with a stalker. Despite her attempts to keep him away from her hidden farm, and her adult daughter, he manages to find her at every turn.

• "Mac, the viewpoint character in Tipping Point, is a fascinating and empowered woman and I fell in love almost from the first page..." — Amazon Reviewer, William Allen

• "The story is believable and can even make you squirm a bit when you realize just how plausible the scenario is. "Tipping Point" is the beginning of an adventure and I look forward to seeing what happens next!" — Amazon Reveiewer, Maureen Mesicko