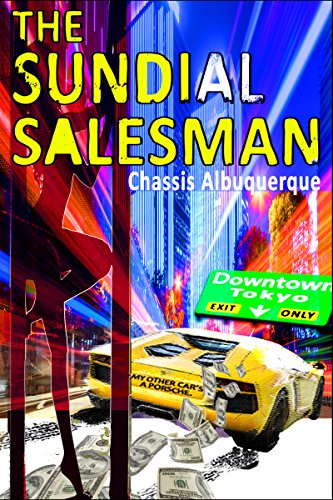 about this book: Most of us have had to work, most of us have had a boss. Ealing Broadway's drug-taking boss is the CEO of one of the world's most powerful companies, Sundial Corp. Underachieving Broadway, the result of highly dysfunctional parents (who insist he's adopted), can he fight his way above the odds, Life having decided to take an enormous dump on him?

"It's my opinion Life," Broadway said, "is a balance of the budget available and one's expectations. And the thing about opinions is they're liable to change."

Who doesn't wake, take a look in the mirror and uninspire themselves by how extinct they're looking? Who doesn't stop and consider how yesterday we were all younger, different men?

And now Broadway's had enough, his boss has gone too far and Broadway's too short of money – it's time for a change.