about this book: This is a collection of stories of dogs & cats I have rescued over last 5 years. Some are written as in their own voice telling their own story.

I found the first dog who I called Brownie half starved and terrified of humans. I gained her trust with kindness and nice food.

Later I saw a huddle of bones in a corner of a building site. I saw that it was a hunting dog who had been dumped. I called him Hobo . . . What a difference love can make!

I heard about a little dog who was in a hell hole dog pound and was too frightened to sleep, or to lie down. I found her a loving home for the first time in her life. Her new owners called her Hollie.

Smudge was a feral cat who had two kittens who were also living free.

I found Fido abandoned as a puppy and kept him until he found a wonderful home in Berlin. He tells his story too! He became a TV celebrity in Germany.

You can read all their stories in 'Nobody's Pets In Cyprus' Amazon Kindle.

I made this book to show how I have used the proceeds from ALL my books.

I took all the photographs and made the video as well as putting the whole thing on Kindle. (Not bad for a 70 year-old!)

Proceeds help me to save more and find kind homes. Thanks to all who download this book. Every one counts!

Other books by Diane Griffith 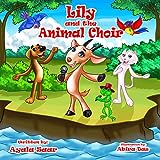