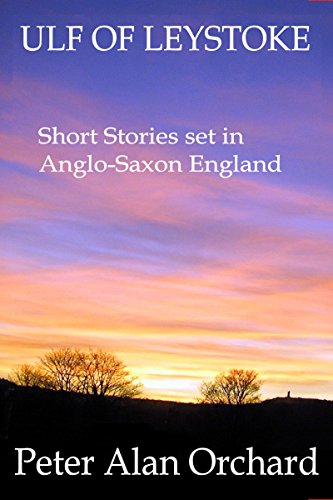 about this book: Ulf is a farmer in the Anglo-Saxon village of Leystoke in England. When Vikings raid the village, he is seriously injured and his wife is killed. Distraught, both legs broken and imperfectly healed, he leaves his children in the care of his sister's family and he travels to the nearby town to take up a new trade - that of ironsmith. After a long apprenticeship, he returns to Leystoke - but soon the Vikings are back and the little wooden village church is on fire with Ulf's young second wife, Goldrun, and his daughters shut inside. As the flames take hold, Ulf is brought full circle - can he protect his family now?

Ulf's adventures are told in a set of four short stories: 'Starlight', 'The Cross of St. Mary's', 'The Morning Gift' and 'The Reckoning'. The stories play out against a background of everyday early-medieval life, with Ulf's home, village, workplace, friends and family central to the action.