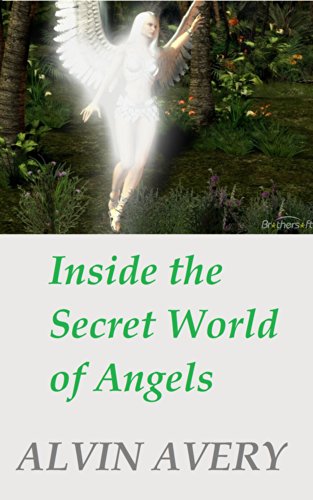 Book: Inside the Secret World of Angels by Alvin Avery

about this book: After writing Lessons from my Guardian Angel and the Truth about Angels, Parts I & II, I decided that I needed to continue writing about my experiences with angels.

I chose the title, Inside the Secret World of Angels, because the realization dawned on me that I was being permitted to see, in an unheard of and unusually prolonged manner, how angels manifest on earth.

On an almost daily basis, I was being granted the enormous privilege of interacting with, being introduced to, and literally speaking with angels in human form. There were times when I would pinch myself and ask, "Why me?" "Why is this amazing experience with angels happening to me?"

Inside the Secret World of Angels shows that I, its author, well into my fourth book (remember, the Truth about Angels counts as two books), was only now beginning to feel more at ease and able to assimilate the tremendous power coupled with humility that these disguised beings possessed. It was during the writing of this book that I felt the angels' almost total acceptance of my person into their midst, into their "secret world."

Inside the Secret World of Angels was written between 8 January, 2010 and 02 June, 2010. Since the book uses journal-style entries, the reader can follow its progression exactly; attest that there were witnesses to these angelic encounters; and, most importantly in my estimation, understand the author's state of mind and progressive acceptance of this seemingly impossible "phenomenon."

For more information about Inside the Secret World of Angels or other titles by Alvin Avery, visit the author's website, alvinavery.ca