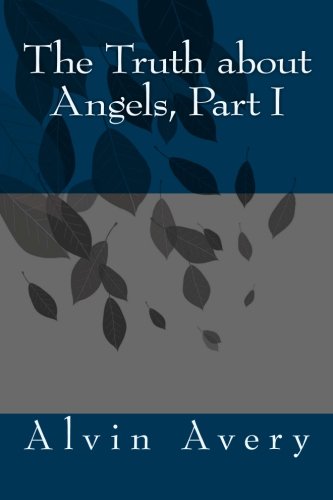 Book: The Truth about Angels, Part I by Alvin Avery

about this book: The Truth about Angels, Part I is my second book about angels.

I wrote this book while living in Bulgaria with my parents.

In 2009, my father had a critical age crisis and decided to leave. He took the new, family car and disappeared for months. Mother and I did not know where he was.

Although I spoke Bulgarian and could communicate with people, the family patriarch had left and I felt helpless.

One day, in my despair, I drove my 28-year-old VW to the Motel in Dolna Banya, a village close to where I then lived. I remember sitting by poolside, feeling totally despondent.

I'd already started writing my books and having experiences with "human angels" and could sense when angels in disguise were present.

A big, block-headed man with a flat nose arrived at the pool. I remember thinking, "This guy must be Mafia," as I watched him arrive. But when he sat behind me, I knew that my guardian angel had arrived in a form I'd never seen before.

The man eventually introduced himself and, in spite of my reluctance to talk to him, we ended up having a conversation. Although I'd briefly spoken to my guardian in other forms on other occasions, this meeting would result in a friendship which, over the years to come, would allow me to, in a highly privileged manner, interact with my guardian angel in one, specific form.

The Truth about Angels, Part I is the story of how my guardian, in the form of Nikolaï, the textile engineer, and other forms, helped me and my mother overcome tremendous psychological, legal and financial obstacles that resulted from my father's abandonment in a foreign land. Without the help of my guardian angel and other angels, Mother and I would not have made it.

The book alternates between describing angelic manifestations; recounting conversations with Nikolaï; and providing didactic information about angels and heaven that was given to me telepathically.

The Truth about Angels, Part I is a blueprint that shows how angels help people in their worst moments.

For more information about The Truth about Angels, Part I or other titles by Alvin Avery, visit the author's website, alvinavery.ca